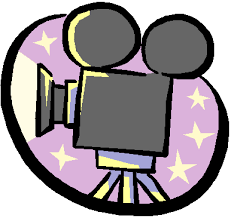 Did you ever accept a challenge only to come to the conclusion– too late– that you were in over your head?

(Rewind and fade in:  the days right after Superstorm Sandy, images of roller coasters in the Atlantic Ocean and Governor Chris Christie and President Obama bro-hugging).  My power deprived psyche was restless, ripe for a half-baked plan to take 7th graders on an unforgettable poetic journey.   In my defense, I was spending my days in the public library where there was power and warmth.  Surrounded by my literary heroes, I was duped into believing that nothing great is achieved without risk, that courage is grace under pressure.

My earbuds pumped Dream by the rapper Common directly into my brain. Then it hit me. I could totally create a unit about the Harlem Renaissance and Langston Hughes culminating in an original video with Dream as our soundtrack.  Oh yeah…informational texts, history, the blues, poetry, even a little rap. Epic.   The Common Core and then some.  I would wear my black beret–backward, of course–and shout out: 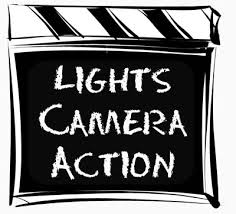 Suddenly, all my techno-phobias seemed to vanish.

(Cut to close-up of a a haggard figure hunched over a computer, surrounded by video cameras of varying sizes and colors, a black beret is on the floor in tatters): So, now I am in too deep, living in daily fear that the dream will be deferred.  No, it wasn’t the close reading about the Harlem Renaissance. Not the bibliography documenting the Langston Hughes research, either.  The kids know their stuff. My colleagues have been great, too, helping kids release their inner poets, dealing cue cards, keeping the budding celebs happy in the green room as they await their 32 seconds of fame.

To my son, a respected, professional producer, this ineptitude must be unimaginable.  He manages the big guns, intimidating equipment with names like tricaster.   He owns technology.

He didn’t get that DNA from me.

And I thought the hard part would be finding ways to have the kids buy into the project.

(Fade in: Students working studiously, cooperatively on stages of production): Getting the kids to speak loudly and slowly and sit up straight?  Child’s play.  Keeping order in the peanut gallery while each team is on the set? Cake.

No, technology, that great equalizer, will be my downfall.  Oh the hubris to think I could ever pull this one off!

Who knew that Flip video clips are not compatible with Windows Movie Maker?  (Cut to an angry figure throwing a Flip cam to the floor and momentarily considering further destruction, then slouching away, defeated.)  Oh sure, I know that now.  And yes, I also know there are informative youtube videos detailing various means of converting Flip files, but remember, I was an English major.

No wonder Cisco dumped the Flip!  (Still frame of a Flip Cam encircled and x-ed out in red.)

So this is the way my world will end, not with a bang or a whimper, but with a computer error and incompatible video clips.

My husband bailed me out by reminding me we had a Kodak video cam. Hardly larger than a credit card, this red beauty has been my salvation.  It is simple to operate and apparently it has no animosity toward Windows Movie Maker. Flip that!

(A hand reaches into the frame, snapping a stereotypical director’s board noting Take 1,003🙂  But I know what happens to a dream deferred and so tomorrow, we will reassemble on the set in the back of my classroom for Day 3 of filming.  We will iron out the hitches in the video and hope for a clean take each time the kids sit at the interview desk. We will not giggle and we will not throw markers in the air and we will not snort, sneeze, or bang chairs around, either.  OK, maybe we will giggle.

We will get this done.

Lucky thing there is a mid-winter vacation on the calendar.  I am going to need a rest. Maybe I will take in a movie.