Ever since 20 kids and six of their caretakers were mercilessly gunned down in Newtown, every single teacher I know has had one thing on his or her mind: safety.

Schools are supposed to be safe places where kids can forget about the bad things that might happen, that do happen.

No one knows better than teachers of the daily responsibility to keep their kids from harm, all kinds of harm.

In addition to preventing violent madmen from threatening our kids, we do our damnedest to shield them from the fear and pain of poverty and neglect.   We see lonely kids and scared kids  and struggling kids every day, and every day, even before they take out a pen or open a book, we have to find ways to keep all our kids feeling safe and secure.

Some people are saying that an initiative to arm teachers will make schools safer and more secure.  I am trying to keep an open mind, but guns make me nervous; bad things happen when the wrong people have access to guns. And guns in schools don’t really make me feel any safer or more secure.

In the interest of full disclosure, I have never handled or fired a gun of any type.  I have, however, been held up by rifle toting bad guys who robbed the supermarket I worked in while I was a college student.  Maybe that’s why I have negative feelings about guns.

In Ohio, 24 teachers are now being trained in a test program involving firearms. In Arizona, there is a move to allow one teacher in every school to be armed.  A Texas politician, Louie Gohmert, asserted that had the Sandy Hook principal been armed, she could have “taken his head off before he could have killed those precious kids.”  In Utah, teachers have been allowed to carry concealed weapons in schools for the past 12 years, without any reported irresponsible behavior.

Advocates argue that this is not about teachers holstering sidearms.  It is about doing all that can be done to keep the kids safe. And this is a point that we all can agree on. But, will kids be safer when their teachers complete the six hours of training offered for 2,000 Utah educators?  Six hours? My colleagues and I have spent more time in professional development lectures to become proficient in differentiation.

Though I have tried to see this from both sides, I still have lots of questions.

The idea that armed personnel would deter would-be killers assumes a degree of rational thought.   Clearly, there was nothing sane about the attack on Sandy Hook.  Do we expect a normal response from people so beyond normal thought?

Most schools have multiple entrances and Sandy Hook proved that even locked doors don’t ensure an intruder won’t get in. Do we have armed guards at every point of entry?

Background checks haven’t been as successful as we might have hoped in preventing incompetent and unscrupulous people from getting jobs in schools.  Can we be certain that background checks would be more effective when determining who has the gun in a school?

If arming teachers makes schools safer, then do we also arm day care providers to make those facilities safer and more secure?

How do we prevent kids from being caught in the cross fire?  How would it feel to lose a child to friendly fire?

I understand the need to do something. Taking some sort of action makes us feel that we have power to defeat evil.  Newtown is a national tragedy that should never have happened.  I just don’t know if more guns is necessarily an appropriate response.

For now, I will do what I can. I will continue to do my best to make kids feel safe and secure by creating a classroom where they can take academic and social risks without fear and where kindness is the golden rule.  For now, I will nurture my kids and do what I can to help them learn to nurture others. 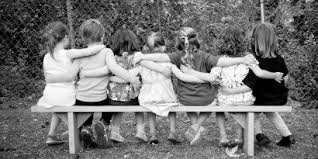